5 Incredible Trips to Take Around the UK 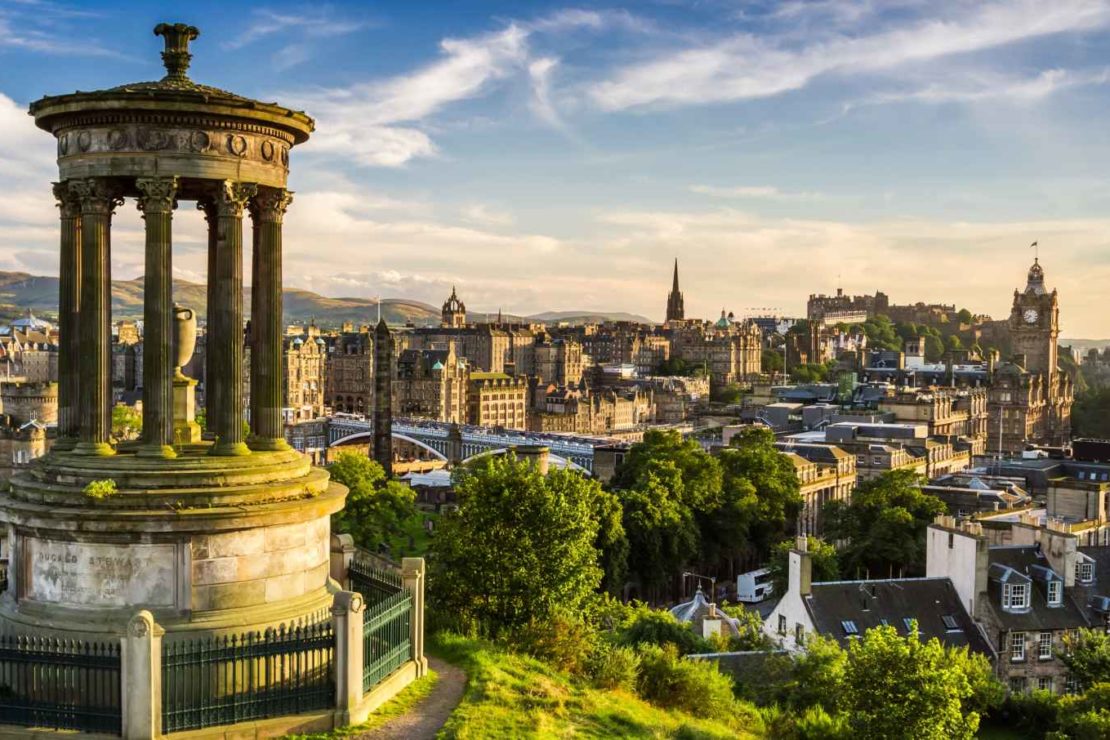 London is pretty much the fan favorite when it comes to destinations, but there’s much, much more to the UK — from sandy coves in Cornwall and cutesy cottages in the Cotswolds, to the gritty charm of the northern cities and the rugged beauty of Scotland. So next time you’re plotting a trip across the pond, branch out from Big Ben!

Each of these destinations can be enjoyed in a 10-day trip, which we figure is the sweet spot if you’re hoping to maximize five vacation days with a weekend on either side — time it around a public holiday if you can, and you’ve got room to be flexible. Aim to fly into the airport closest to your starting point (not necessarily London!), but how you get around is up to you — trains and buses cover almost everywhere!

If there’s one thing the UK is good at, it’s being old. Not old in the US sense — like, the first season of The Simpsons, or a souvenir store that calls itself a “shoppe” — but stuff that dates back hundreds, even thousands of years. Here are two of our favorite destination in good ole England:

Drive out of London on the unremarkable M3, and aim for Stonehenge, which was built by prehistoric ancestors around 5,000 years ago. But get this — it turns out a bunch of old rocks arranged in a circle don’t constitute a full day’s activity, so branch out somewhere more interesting for lunch. Winchester has got a posh private school and a castle supposedly housing King Arthur’s legendary round table. Down the road in Salisbury, you get the UK’s tallest church spire and, if you’re lucky, absolutely no exposure to a lethal Soviet nerve agent. Take a detour to Gold Hill in Shaftesbury, if you want to snap that photo.

Oxford and Cambridge are the UK’s oldest and most prestigious universities — and they happen to be excellent spots to visit too. In Oxford, go for a beer à la Tolkien and C.S. Lewis at the Eagle and Child pub, then march into the Great Hall at Christ Church like you’re a real-deal Dumbledore. The best way to see the bridges and colleges of Cambridge is by punting on the river. Coast back to London to fly out, stopping in the oh-so-lovely Roman city of St Albans on the way.

Call it controversial, but you could do a whole trip to the UK without ever setting foot in England — because Scotland is that good. This itinerary takes you north from Edinburgh into the wild and wonderful Highlands, to mystical islands, enchanting castles, and awe-inspiring lochs! Our two favorite places:

OK, here’s the Harry Potter fix you’ve all been waiting for: Head to Glenfinnan and watch a steam locomotive (let’s just pretend it’s the Hogwarts Express) chug over the viaduct. Continue south to Loch Lomond, and have your final fill of bonnie Scotland — kayaking perhaps, or horse riding through the heather. Fly out of Glasgow — quick, before it rains.

Fly into Edinburgh — it’s an easy one-hour transfer from London, or if you’re coming from New York, you can pick up a cheap fare with Norwegian. ‘Auld Reekie’ is a hotbed of culture and character, with the world-famous Fringe festival and New Year’s Hogmanay at the heart of a never-ending series of events and exhibitions. By all means, stroll the Royal Mile from Edinburgh Castle down to Holyrood Palace, but be sure to get yourself lost in the labyrinth of narrow wynds too. And if you just can’t wait for a breath of fresh Scottish air, take a hike up to Arthur’s Seat for peerless views of the city.

“It’s grim up north,” or so they say. But they (cooped-up Southerners) don’t understand what they’re missing out on. It’s in the north of England that you’ll find the UK’s most characterful post-industrial cities, glorious untrodden landscapes, and close-knit communities of infectiously friendly locals. To kick off your trip, you can fly direct to Manchester from 14 US cities, including NYC, LA, and Miami. Here are our top destinations:

Welcome to God’s Own Country, as the proud locals in Yorkshire say. It’s a huge region (by British standards) so pick a few spots and do them justice. Roman/Viking/Victorian York is one of the UK’s most historic cities — climb the city walls, shop along The Shambles (once a medieval meat market), and get giddy like a little kid at the National Railway Museum. But you’ve got to get out into the fresh air, too — cycle in the Yorkshire Dales, take the waters at spa town Harrogate or go for a bracing beach walk in Whitby. Wherever you go, you’re guaranteed a proper cup of tea.

Maybe it’s the melancholic weather or the blue-collar heritage, or because there’s not much else to do but sit around jamming with your mates — but one way or another, many of Britain’s best musical talents have come from Manchester (The Smiths, Joy Division, Oasis) and Liverpool (ahem, The Beatles). So go for a night out — the Northern Quarter is the trendy bohemian bit of Manchester, while converted waterfront warehouses give Liverpool’s Albert Dock an air of Brooklyn.

Compared to the US, space is hard to come by in the UK — they squeeze 70 million people into an area 40 times smaller than the States. But if you’re craving wide open landscapes and have a mild aversion to cities, this is the UK itinerary for you. Disclaimer: It might rain constantly for your 10-day vacation! Our picks:

Pembrokeshire and the Brecon Beacons

Drive down the sweep of Wales’ west coast and… eventually… you’ll hit Pembrokeshire. It’s worth the effort because this is the closest thing they’ve got to the Caribbean. All right, it’s not actually that similar, but you do get sugary sand beaches, loads of birdlife, and crystal clear water. The cities on the south coast are pretty grim, so stay inland and aim for the Brecon Beacons National Park instead; it’s kind of like Snowdonia, and that’s no bad thing.

Landing at Manchester Airport doesn’t mean you have to go to Manchester. Head west to Chester instead, and walk on the red sandstone ramparts that date back to Roman times. In town, you’ll find Tudor-style timber houses and quaint shops in Victorian arcades.

OK, so the UK isn’t usually associated with sun-drenched beaches, but this is a different kind of coastal adventure. The southern edge of Britain is amazingly varied, from the amusement arcades of Brighton and the fossil-strewn Jurassic Coast, to the smugglers’ coves and surf beaches of Devon and Cornwall. In fact, there’s so much variety that you can easily tailor this itinerary to your tastes, whether you want to load up on sunscreen and settle into a deckchair, or pack sturdy boots for hiking the jagged cliffs. Our picks:

Cornwall is what coastal England is all about. Artsy St. Ives is the beautiful crown jewel, with five beaches by the turquoise sea — but the harbor towns of Fowey and Padstow are hubs of activity too. For quaint fishing villages try Mousehole or Polperro, and be sure to walk the coastal path and reward yourself with a cream tea. Skip the photo op at touristy Land’s End, but get tickets to a show at the cliffside Minack Theatre, and spend a rainy day in tropical indoor gardens at the Eden Project.

Fly into London; spend a day checking off tourist sights or, if you’re pining for that salty sea air, skip the capital entirely and head straight to Brighton (Gatwick airport is much handier than Heathrow for this). It’s got the UK’s liveliest gay scene, a quintessential Victorian pier, and Britain’s best impression of the Taj Mahal — seriously, check out the Royal Pavilion.