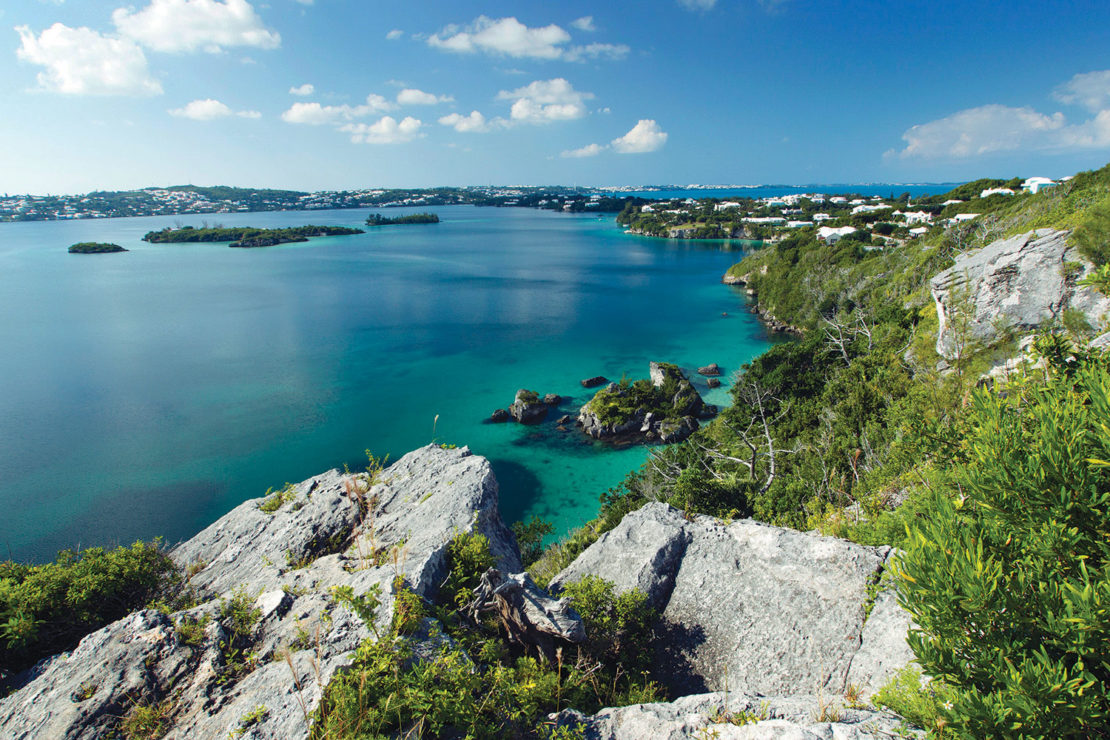 Bermuda may be known for its pink sand beaches and colorful namesake shorts, but there is so much to see in this magical land and this is why you should choose it as your next destination!

Bermuda is currently in the midst of a tourism renaissance, and here’s the travel guide you need. New hotels and marinas are being built, existing properties are getting million dollar facelifts, and new restaurants already opened their doors—including one from celebrity chef Marcus Samuelsson, whose harbor front hotspot has quickly become a favorite for both locals and visitors. Despite all this change, Bermuda’s main appeal remains the same—the fact that it’s less than two hours away from most East Coast airports. That’s right: getting to this pink sand paradise is quick and easy since Bermuda has nonstop flights from New York, Boston, Atlanta, Miami, and a host of cities in the U.S. and Canada (London too, with nonstops on British Airways). However you get there, expect a decidedly upscale island experience awash in living history and bountiful natural beauty. The crystal clear waters and pink sand beaches attract tens of thousands of vacationers a year, as do the shipwrecks and coral reefs that lie close to shore.

But there’s also plenty to see on the surface. An overseas territory of the United Kingdom, Bermuda has been involved in many of history’s major events dating back as far as the English Civil War of the mid-1600s. If you travel to Bermuda, you’ll see signs of these historical moments and also ruins dating back to both World Wars. Sports fans will be interested in the island’s athletic accomplishments: there are several Bermudian rugby clubs, the island boasts an impressive roster on their national cricket team, and they even hosted the New York Yankees’ spring training in 1913.

Bermuda is a year-round destination (it has a subtropical climate), but the best time to visit is September and October when the humidity of summer disappears but water temperatures remain warm enough for swimming. Bonus: This is when hotel rooms typically become less expensive since autumn is the start of shoulder season.

Car rentals are not permitted in Bermuda, so if you’d like your own wheels, you’ll have to rent a scooter. It’s the island’s transportation of choice (locals call them “bikes”)—just make sure to stay on the left side of the road, since Bermuda is still a British overseas territory. Don’t like scooters? Public buses and ferries cover most of the island and taxis are widely available—though a bit expensive.

Something important to know before you go

Despite popular belief, Bermuda is located in the Atlantic Ocean, not the Caribbean—it’s about 650 miles due east of Cape Hatteras, N.C. Days are usually warm but nights, especially in winter, can get cool so pack a light sweater or rain jacket.

United States Dollar and Bermuda Dollar (the two are interchangeable)

The oldest cottage colony in Bermuda, Cambridge Beaches Resort, and Spa has long been popular with moneyed couples since this adults-preferred retreat is tucked away on a secluded west end peninsula and children under 16 are not permitted (indeed why Bill and Hillary Clinton have stayed here a handful of times). With four pink sand beaches, including sprawling Long Bay Beach and tiny Turtle Cove with its adjacent infinity pool, there’s plenty of space to steal away with your loved one, plus its spacious cottage rooms and suites boast upscale amenities like whirlpool tubs, fireplaces and living rooms with period antiques (consider booking Pegem, a 300-year-old sea captain’s house overlooking Mangrove Bay).

Adjacent to Port Royal Golf Course—6,842 yards that were once the home of the PGA Grand Slam of Golf—this family-owned beach resort is extremely popular with golfers who come for unfettered access to the course and return guests who enjoy its cliffside ocean view rooms and casual, laid-back atmosphere. The resort also has the benefit of being home to one of the most beloved beaches in Bermuda, since it’s adjacent to a massive sandbar where guests can walk out nearly 400 yards in waist-high water. Breakfast is included with all rooms and nightly dinners can be added for an additional fee; either way, don’t miss a sunset dinner at the Ocean Grill, Pompano’s fine-dining restaurant with 30-feet-high floor-to-ceiling windows for endless views of the Atlantic Ocean.

Popular with island power brokers who cram into the banquettes at lunch and belly up to the bar during happy hour, this Hamilton restaurant is also one of the best spots in town for a romantic dinner. After all, it was long a favorite of Bermuda residents Michael Douglas and Catherine Zeta-Jones, who come for its seafood, steaks, and understated elegance. For an intimate table of two out of sight of other diners, reserve the “snug corner.” Expect inventive dishes, like pan-fried snapper with black quinoa, tomato shrimp sofrito, and poblano pesto, plus a handful of delectable desserts (try the chocolate fondue for two).

If you’re visiting the historic town of St. George’s, the extra effort it requires to get to this breezy hilltop restaurant on Bermuda’s southeastern tip is well worth it. (St. George’s is not within walking distance from town; to get there take a taxi or scooter.) In the shadow of Fort St. Catherine and overlooking stunning Achilles Bay, this open-air gem has one of the best ocean views in Bermuda, plus it serves an inspired menu of fresh Caribbean cuisine. For your starter, try the Bermuda onion tart in a homemade puff pastry topped with local Tucker’s Farm goat cheese, and for your main don’t miss the pan-fried rockfish with bananas flambe and black rum. The Beach House is open seasonally from April through November.

One of Hamilton’s newest restaurants, Devil’s Isle features a lengthy menu of seasonally inspired, farm-fresh dishes served in a hip, industrial space (think visible ductwork and hanging light fixtures with a singular clear bulb). In fact, there’s so much on the menu it’s hard to know where to begin. We suggest a few small plates to go with an entrée—try the cinnamon lamb lollies or the beer battered rockfish tacos. At lunch, grab a smoothie, coffee or snack at its next-door to-go counter, but for a table, reservations are recommended since Devil’s Isle fills up quickly.

With over 300 shipwrecks in its waters, Bermuda is the wreck-diving capital of the Atlantic. One of the most notable is the Mary Celeste, a Civil War-era steamer that sank in 1864 but made news in 2011 when five bottles of 148-year-old wine were found in her bow in addition to an intact bottle of London’s Piesse & Lubin perfume, which was removed, studied, and recreated by the Bermuda Perfumery (you can buy it at its Front Street and St. George locations). Today divers of the site are treated to stunning views of the wreck, which now sits in 50 feet of water where its large wooden paddlewheel is still visible.

Tour this extensive network of subterranean granite caves and you’ll hear the story of their discovery from your guide—how two boys stumbled across the caves when trying to retrieve a lost ball in 1907. The Crystal and Fantasy Caves remain one of Bermuda’s most fascinating attractions since this underground system is home to thousands of hanging stalactites and protruding stalagmites, plus a 55-feet-deep lake that visitors can walk over on a floating pontoon bridge. When you’re done exploring the deep, follow the outdoor walking pathway to nearby Bailey’s Bay Ice Cream Parlour for homemade ice cream and milkshakes (adults should try the Dark and Stormy flavor).

Bermuda is known the world over for its powdery pink sand beaches—a pale rose hue created by microorganisms called red foram—and this south shore crescent is the island’s most famous. It’s also one of the busiest since cruise shippers flock to this well-appointed beach for its chair and umbrella rentals, showers and changing room facilities, and no-frills café, which serves burgers, fries, and hot dogs. Horseshoe is also popular with families since it’s one of the few island beaches with full-time lifeguards and a calm, current free cove lovingly referred to by locals as Baby Beach. Tip: Walk east along the shore and you’ll find quiet secluded coves to call your own.